Thank you so much Cliff for this fabulous recipe! 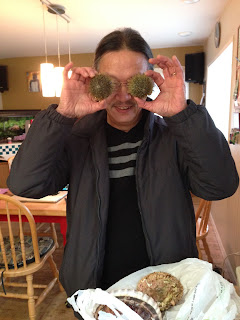 
Cut fish in bite size cubes, season with sesame oil, sherry (drops of ), salt and pepper, lightly coat with corn starch, then coated with egg white.
Prepare the sauce & veggie.
COOKING: with the heat on high and with copious amount of oil put in ginger to flavour oil. Before it browns add chopped veggies and cook just until tender. remove to a bowl, lower heat to medium.
Put in fish and poach fish in oil ( do not brown ). When it is 70 per cent done add veggies again and at 85 per cent cooked stir in corn starch slurry, add beated egg yolk. Cook just until thickened. (this will be quick!)
Serve with green onion on top .