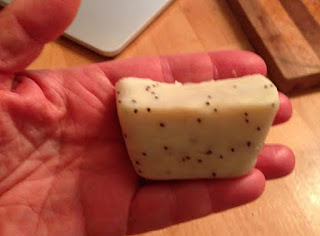 I have been making simple soap using ingredients that we are able to get easily, like lard, tallow, and beeswax, as well as essential purchased ingredients.

In the table below is the list of ingredients and amounts that I used. Because I have no desire to make lots of different kinds of soaps, I make lots all the same kind, and then store it in an open paper bag in the pantry.

I had the use of a great little scale from my friend Doug, so I could be somewhat accurate.

Find a Soap Calculator online and it simplifies soap making. Any substitution of ingredients will require a new calculation to make sure you have good results.

My settings on the soap app, Soap calc started with this:


And then I started weighing out the oils:

The app then told me what amount of water and Lye I would need to mix to have the right reaction:
lemon grass organic essential oil (the good stuff) I used about 30 drops


What the quality we were aiming for was:


As you can see.... the soap quality is expected to be right in the green zone all the way! The soap calculator says to use just over 25 oz of water, but I only used 23 oz of water to make it a slightly dryer soap. My instructor told me you can cheat by as much as 10% on the amount of water.

This was a really big batch at nearly 100 oz in weight. and I had originally thought I was going to do this in the slow cooker. Would have been all over the counter! So this ended up being done in the oven using this site for inspiration on the method  http://otionsoap.com/hot-process-oven-process/ 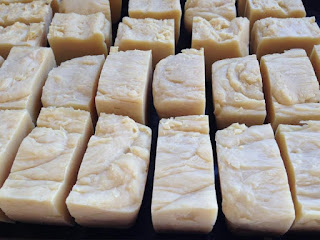 Clean up with vinegar. and use the soap left in your pans & on the spoon for washing the dishes. it's amazing stuff.


my first batch ever I added poppy seed as an experiment, but it's hard to rinse out of your hair. I used the slow cooker as in this recipe: http://www.diynatural.com/crock-pot-soap/ and it was great too, but would only use that method if I was making about half this much soap!